49km to go to reach my yearly running goal. The thought crept in my mind: that is completed when running one Ultra... What if I just did it?
It didn't let me go. I couldn't shake it off.

One of my initial goals for 2020 was to run my first Ultra distance. I had led this goal go a while back. Mainly due to the switch to low heart rate running and the fact my left IT band still kept causing me trouble as I experienced during our last Trail Run event in October.

But what if I just did it? I had been working on strengthening the proper parts in my body to cope with the IT band issue a couple of weeks now again, so why not just do it?

Boxing Day a friend of mine would be visiting. A guy who is definitely in for a challenge... So I send him a DM and asked him if he was up for some challenging action.

And then there was no point of return: it was on! It was going to happen, wether I liked it or not, there was no turning back now.

What follows below is a recounting of my preparations, the run and the aftermath.

It hurt tremendously.
It was awesome.
I will probably do it again...

As the D-Day came closer I set out on 2 loops of 25+km with our home as an aid station at half the race. Re-stock on water and food supply and get something hot in the belly.

Taking proper care of hydration and making sure you get enough calories in, is more than half the battle. No experience with that whatsoever I had some research to do. Looking at my previous runs I noticed I roughly burn a little over 650kcal per hour so I promised myself to eat at least something every 45 minutes trying to get as close as I could getting that much calories in.

Where it comes to hydration I figured 750ml of fluid should be desirable, but I always find it hard to consume lots of fluid during runs. So I promised myself to sip at least every 10 minutes or so and when I was eating I would really drink some to help the food being taken up in my system better as well.

In hindsight this worked very well for me. It was only in the later part of the run (the point I was more shuffling and strolling then running) that I found it hard to drink the cold fluids while being cold myself too.

2 soft flasks of 500ml filled with Isotone drink and one waterbag of 1 litre with pure H2O.

My 5 litre trail vest contained a safety blanket and a blister package as well as some energy bars, banana's, raisins and pretzels (I totally dig those salty crackers!!).

The day before the run a DM came in from my friend.

He was laying in bed shivering and feeling ill. He was not going to make it... "Are you still going to try it?" he asked me. "No. I am going to do it." I replied, knowing full well that I should not open the door even the slightest to prevent myself from backing out.

And while I realised he was sick and I felt some empathy towards him, the thought that kept me busy was it meant that it was a fact it became an ever bigger mental challenge for me now...

And then you just go and run...

Christmas Day came to an ending and I really wasn't looking forward to the next day. My belly was bloated due to eating too much (although I promised myself I wouldn't do that this time ☺️) and I dragged going to bed as it would make the next day come closer.

After 5 hours of sleep I woke up at 6am and got up. The alarm was set at 7am but since I was awake I just as well could better be up and running - literally.

After some morning stretches, some meditation, a cup of coffee and a cold shower I was ready to pack and get going.

8:30am sharp I left the house, waved goodbye to my wife and was thrilled to be able to call myself an ultra runner when I came home. Well, that would be a while.

A few km's in my run I noticed something weird with my navigation ( I used the Footpath app to set out the route and used it on my Apple watch as navigation). I noticed the directions weren't really what I had in my mind about the route I set out to take and after some checking I found out that somehow the combining of the 2 loops must have gone wrong: it was giving me directions for my second loop instead of the first one.

Well, both loops had to be run and it really didn't matter in what order. So I switched my mind and kept on with the route provided to me leading me over the beautiful Ginkelse Heide and I was treated with the sun rising over the meadows. Wow! Thanks for messing that one up - it literarily filled me with good vibes!

I was in good spirits. To help me keep track of eating and hydrating properly I built in a small trigger: take a video every 5km and share it with a close group of friends who knew what I was doing and give them a small update.

This also helped me a lot mentally since I didn't allow myself to share pain or discomfort and required myself to only share positive video's. Not sure I complete made that a reality - but it sure did help me 😉.

After 10km I started feeling the first pains. This was way too early in the journey! My IT band started acting up causing sharp pains in my left knee. I really hoped this would come a little later in the journey but there it was... even before my first loop was over. The mental challenge started at only 20% in my run...

I firmly believe that most of these challenges are not physical but mental. And so I told my knee: too bad dude, you got to go on for a while! And went on as planned.

By the time I got home (my aid station) I was welcomed by my wife who prepared me some soup and even a hamburger (which was a real treat, probably the best burger I ate in a long time ☺️). After applying some more kinetic tape to try and alleviate the stress on the IT band, I slid on my trail vest with my soft flasks refilled and fuel re-stocked and went off for the second loop.

At km 30 my right knee also started acting up, caused undoubtedly by the imbalance I was creating by trying to spare my left knee. Now the mental game shifted some gears as it was only pain I was experiencing. The why do I do this question popped up soon after. Not a real surprise 😉.

Coming at 42km I was more walking and stumbling than running and all fun had gone. The wind gained strength and combined with light rain it was bringing coldness to the core of my being. The cold fluid of my drinks even made me feel more cold. Drinking had become a necessity I forced myself to do.

I have run distances of 10km many times. Never ever 10km took me this long. Every km towards the end was slower, more painful but also brought me closer to my goal, and closer to home.

During the last few km's I had several interesting moments where I sat down for a few seconds in a deep squat experiencing a light coming around me lighting up everything in a 1 meter circle around me. I turned my had towards the sky to see if the sun had broken through right behind me. It didn't. Somehow this made me feel awesome and warm inside. This happened twice.

Since my GPS signal in the woods had been giving me some troubles throughout the day, but especially in the last part of the second loop, I decided to shut it down.

I knew the area I was going through and knew the distance I still needed to cover was roughly the distance walking home from that point. Nearly home I realised I missed at least 1km to reach 50km (which was my goal) and had to do some rerouting running on asphalt in our city. That asphalt was no friend to my knees and every km felt worse than the km before.

With some more mental push I made sure to come home running - hoping I would be welcomed. I could not muster being welcomed walking, so running it was! The last few hundred meters.

It was dark outside already but I spotted my wife and daughter welcoming me home and cheering for me while giving me a bouquet of flowers! That was a really nice gesture and filled me with appreciation for the support they have been given me throughout the day.

Once home it was drinking and eating while I slid down on the couch under a blanket trying to get warm.

After some food and a quick shower I stumbled to my bed and slept for a couple of hours. Waking up at 10pm I felt refreshed and only my knees were painful.

Hardly any muscle aches, pains or soreness followed the day after. Even caught myself a little running while walking the dog. 😊

Things I prepared well enough and am content about

Things I can improve on the next time

See the run on Strava 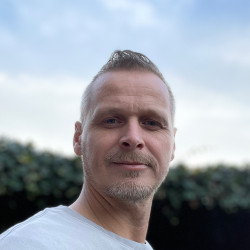